We are a third generation single store farm equipment dealer. Located in Bancroft, a town of 800 in North Central Iowa, we are in the heart of corn and soybean country. Many hogs and cattle are also raised in our area, known as the prairie pothole region, which extends north into Minnesota and the Dakotas. North Central Iowa was flatter and wetter than other areas and has extensive tiling and drainage ditches to enable our farmers to grow consistently good crops. 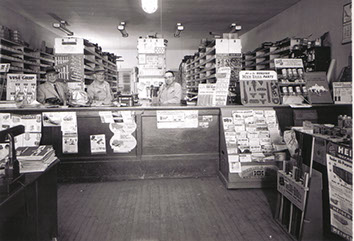 The dealership was established in 1936 on main street Bancroft by our grandfather Albert Deitering. On March 1, 1966, Tom and Dick Deitering purchased Deitering Implement from Albert and changed the name to Deitering Brothers. The Oliver Corp. franchise was then added to the dealership. Popular tractors sold by Deitering Brothers at that time were the Oliver 1650's and 1850's.

The inside of Deitering Brothers when it was located on main street, taken around 1959. 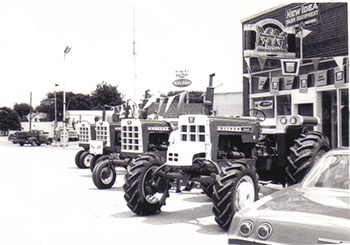 Deitering Brothers as seen from main street, taken around 1966.

We strive to carry on the tradition of fair and honest dealings with good product support, and we look forward to many more years with our fine customers. Come in and take a look at how we've grown in order to serve you better. 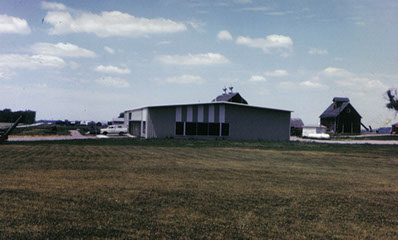 Deitering Brothers when it was moved to the outskirts of Bancroft, taken around 1970. 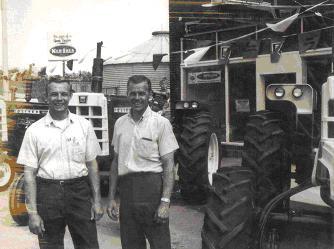 Dick and Tom shown in front of Deitering Implement after taking posession in 1966. 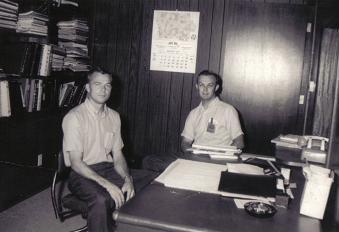 Tom and Dick shown in the new building south of Bancroft, taken in the summer of 1970.

Deitering Brothers as seen from Highway 169 after the newest addition, taken in 2008.